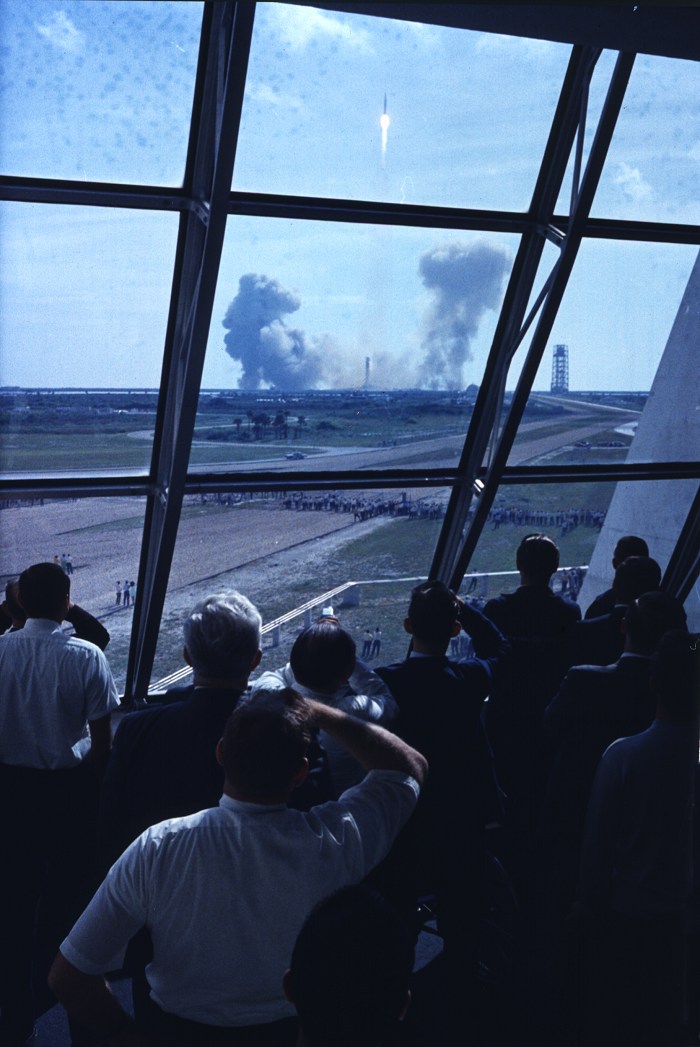 50 years ago, Humanity set foot on the moon for the first time – and hasn’t done it since 1972.  We can learn a lot  in how we approach our own planning by the epic story of the effort to dream big and make it to the moon.

Sunday July 20, 1969, at 20:17 Universal Time, humanity reached the moon for the first time.  It was a monumental achievement, and no doubt, many of you reading have this moment burned into your memories.  Alas, I was born five years later, but like you, that moment remains one of the most amazing memories of my youth and drives much of my passion for space and astronomy today.  Even though it had happened 10 years earlier, I remember, at the age of five, watching it replay on my parents’ black-and-white television and thinking of my own future in space.
This arguably greatest feat in human history was born out of the tensions of the cold war.  The USSR had launched Sputnik 1 in 1957, and the United States didn’t want to be perceived as “weaker” or less technologically advanced than Russia. Soon after, the Mercury and Apollo missions launched prior to the historic Moon landing of Apollo 11. 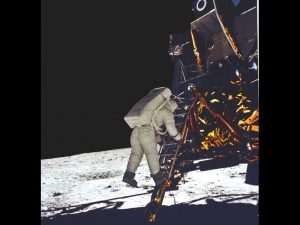 Space is not, and never will be, safe for humans.  Apollo 1’s crew was killed prior to launch due to a fire in the command module and Apollo 13 encountered issues in flight, barely returning home.   More recently, two space shuttle missions ended in tragically as well.   Similarly, disaster has struck USSR efforts, including a fire very similar to that of Apollo 1 and a depressurization of the cabin in Soyuz 11.   Despite this, those involved in the space program – astronauts, engineers, mathematicians and scientists of all stripes accept the risks keeping a keen eye on the goal.  Without accepting risk, humanity would be unable to progress.
So many incredible things in our lives today stemmed from space race:

This is just a very small list of things that resulted from the efforts to leave our planet.  Humanity persistently reaches for the stars, and, I hope, will set foot on Mars in our lifetimes.  The space program illustrates the best of humanity – that it’s possible to achieve remarkable things with extreme effort and a willingness to acknowledge and face risk, but most of all, that great things can be accomplished if we just “dream big” a bit more often.

If there’s one recurring theme I see repeatedly when working with clients on planning, is that most of us seriously underestimate the kind of impact we’re capable of when we give.  We recently worked with one generous couple and showed them that they could donate at a rate five times higher each year then they already were.  By implementing some smart planning strategies, they’re going to be saving more in tax, without having a large impact on their estate later.
If you’re a business owner and have a Holding Company, the newest rules give you a strong incentive to give. Doing so helps you apply the new passive income rules, as well as provides opportunities to get tax-free capital dividends out of your company by donating publicly listed securities in-kind to charity, in the amount of 100% of the Capital Gain on the donated security.  In some cases, this can be a huge amount.
Finally, some of our best “dream big” successes have been using gifts of Life Insurance for charitable purposes.  For example, one case we worked on this year will see a donor’s estate make a transformational gift to charity of $500,000 – at a net cost of $91,020.  That $500,000 gift will save their estate just over $250,000 in tax, leaving their kids with 2.5 times more than the value they paid towards the insurance, and 5 times as much to charity.  We’re all “over the moon” at how things have worked out.
Make it your mantra to do some smart planning this summer and make a “buzz” just like our astronauts did 50 years ago.  It may take one small step, but man, what sights you will see in return!