A heartwarming tribute to one of our readers 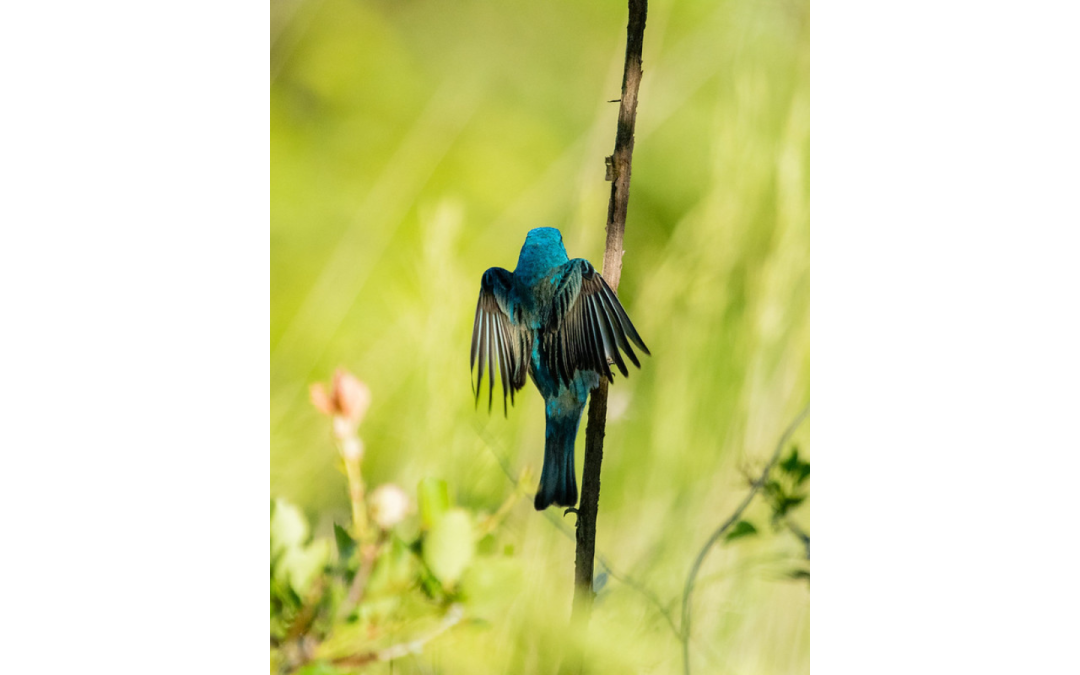 The photo above is one of my all-time favourites I’ve ever taken, and I called it “Indigo Angel”. This month, I’m going to talk about one of our readers that definitely was an angel herself…

This monthly blog has been a passion project of mine for almost a decade, and, as you can probably tell each month, something I enjoy greatly. It brings me joy to get the occasional comment and feedback from you, our readers, who take the time to share some of your own stories. It’s long been my hope that I’m able to help you to do some smart planning for yourself, and hopefully also inspire you to affect some positive change on the world at the same time.

This month, I’d like to dedicate this space to a long-time reader who recently passed away, whom I will call “Sally” in order to keep her privacy, even after her passing. Sally moved me deeply a couple of summers ago, and reminded me why I take the time to write these blogs each and every month.

Sally and I had first met at one of my talks for a charity almost a decade ago, when she was in her 80’s. Sally had been a long-time donor, and had made a commitment to the organization to give to them generously in her will. I chatted briefly with her at the talk, and she was a delight, with a quick wit, and a sparkle to her eyes. She mentioned to me that she had enjoyed the talk, and had signed up for my blog, and intended to leave a gift to several charities, including the one hosting the event.

Fast forward seven years later, and after one of my blog’s went out, I found myself receiving an email from Sally, wanting to know if she could arrange a meeting with me over the phone, as “she needed my particular expertise”.

A week later, I found myself chatting with Sally, and she was as sharp and funny as I had remembered her from our brief introduction years before. “Ryan, I have a problem I want to deal with”, she said forcefully to me, “I’m walking everyday through downtown, and my heart breaks with the sheer number of folks with opioid addictions and mental health issues in our city, and I’d like to do something about it.” We talked a bit further, and she said she had some funds in her bank account that she wanted to donate to an organization that was helping those in need, and she wanted to do it “right now, since I’m getting up there in age.”

I shared with her the story of a former colleague who had passed away a year or so before from an overdose, and how I shared her feelings at being deeply moved, but also feeling somewhat helpless and overwhelmed. We talked about a few different organizations that I knew were helping folks on the streets downtown. When I hit the third one, Indwell, she immediately said “That’s the one!” and asked me to connect her with a contact. (Indwell, the one she chose, is a charity that provides affordable, permanent housing with onsite supports to over 800 people across Ontario).

We chatted a bit further, and she wanted to know the best way to donate “some money she had accumulated in her bank account”. When I asked her how much she had in mind, my jaw dropped. It was a very significant amount. Putting my financial planner hat on, I asked how much taxable income she had, and the figure she gave me was about fraction of the amount she was thinking of donating. I told Sally that she wouldn’t be able to fully utilize the charitable tax credits from her gift, which are limited to 75% of our taxable income while alive. “Ryan,” she said “I’m in my 90s. My boyfriend is over 100. I don’t give a crap about tax credits….I might not be here tomorrow to help!”

Sally’s gift was very much from her heart. Our conversation had lasted under 15 minutes. She asked what the fee for my time was, and I said “nothing” – I was just thrilled to have been part of such a generous gesture, and very moved by her compassion. Then I got my next surprise….

“Mr. Fraser – if you do not send me a bill for your time, I will not make the donation. So send me a darned bill.” (Just so you know, she used a slightly stronger word than darned….)

As I’ve written before, octogenarian and nonagenarian ladies are a force unto themselves, and you do not mess with them. I dutifully sent the smallest invoice I could imagine she would accept for 15 minutes of consulting, and went to pay a visit to Julie, my contact at Indwell.

When I arrived at Julie’s she had been quite busy with a number of projects. “I have someone I would like you to call – as soon as you can. It will be well worth your time,” I said to her. Julie asked if it would be ok to wait a couple of days, but I recalled the urgency in Sally’s voice, and asked that if she possibly could to chat that afternoon with Sally.

Julie and Sally chatted that afternoon, and Julie was as moved as I had been at Sally’s altruism and generosity. A couple of weeks later, she drove to Sally’s and picked up the cheque. Unbeknownst to me, Sally had never disclosed the amount in question to Julie, and nor did she as she passed over the cheque. Julie went back to her car, opened the envelope, and I can still imagine what must have been the shocked expression on her face. She called me moments later, still in her car, quite emotional and asked me if I had known all along just how large the gift was. I smiled over the phone, and reminder her that I had said it would be well worth her while.

That gift had come at a difficult time for many of us in our office, and it had been hard that week to keep our usual energy and enthusiasm. In one fell swoop, Sally had given all of us our “mojo” back. That week our whole office (and I’m sure Julie’s as well) had some extra spring in our step. It was a fantastic experience that I will always cherish for the rest of my life.

The generosity of spirit we put out into the world, especially during these difficult times, can lift up so many people in ways that we least expect. I know Sally was hoping to provide that lift to our friends who were having a hard life on the streets. That day she also lifted so many others of us as well. Certainly her generosity inspired me to support several organizations that summer that I might not otherwise have thought of. It was also a terrific reminder to me that the time I take every month to write these blogs can have unexpected and wonderful impacts that are far beyond what I ever imagined possible.

This June, I hope you will channel some of Sally’s spirit and make an impact on your community, just like she did. As Sally proves, no matter how much I might talk about tax planning, at the end of the day, we gift because we want impact – not because we want a tax receipt.