A snapshot of a uniquely quiet giver. 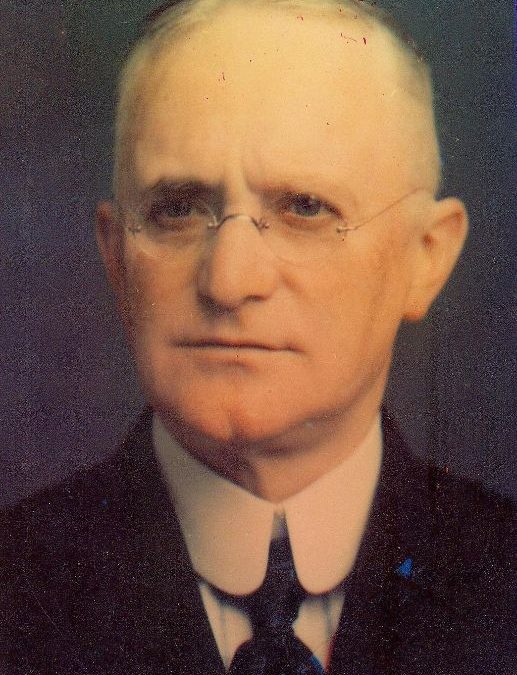 This month, I’d like to share how my own life intersected with George Eastman,  one of the most fascinating and generous donors of his time.  You might not recognize his name – but he was behind one of the best known brands in the world…

Over twenty-five years ago, when I was scouting out graduate programs for music, I was privileged to audition for the Eastman School of Music in Rochester, NY. Eastman is one of the most highly regarded music programs in the world. Auditioning there was a surreal experience as the school is located pretty much in the heart of the red-light district of Rochester. I’ll never forget one professor opening his blinds to have the lights of a pawn shop spew into the office that evening, turn to me and say, “Well, if you come here, I can guarantee a view like no other music school in the world.”

The Eastman School of Music exists thanks to the passion of its founding figure, George Eastman. As I’ve recently learned, Eastman is a fascinating figure who made an incredible impact on music, photography, and philanthropy, where many of his legacies were quiet, but impactful. His life story is really quite amazing.

A chronic saver, with a passion for science.

Eastman started at the young age of 14 in the workforce, after his father passed away when he was only seven years old, leaving his mother destitute. He started as a clerk for a pair of insurance companies, and eventually moved onto the banking world. A thrifty, chronic saver (understandable, given his family situation), he became obsessed with the new science of photography. He taught himself the chemistry skills necessary to create photographic plates and began to innovate and invent new techniques.

Obsessed with his hobby, he would work well into the night, sleeping on a hammock next to his chemical experiments so that he could better monitor his results. Eventually, he developed his hobby into a side business selling dry photographic plate that sold robustly, replacing the then wet plates used by professional photographers. This became a full-time business after the bank he worked at began promotions based on nepotism, an affront to his sense of ethics.

By 1888, at the age of 34, Eastman had patented his Kodak Camera (a name he made up) that would allow the average person to take pictures, along with his earlier patent for rolled film, from four years before. From there, he began to build one of the most iconic brands in the history of photography, and, in the process, became a billionaire in today’s dollars. A forward-thinking businessman, he would go on to provide some of the very first employee bonuses in US history, as well as become one of the first business owners in America to hire female senior executives. By the time 1900 rolled around, much of his vast fortune sat in a bank account.

Perhaps because of the hardships of his upbringing combined with his lack of interest in hoarding money, Eastman became a remarkable – and very quiet – philanthropist, giving away an estimated $2.6 billion (Canadian), adjusted for inflation. He worked hard to give away a vast amount of his wealth while alive. He uttered one of his most famous statements “Men who leave their money to be distributed by others are pie-faced mutts” as he was signing a $39 million donation cheque, which would be worth close to $1 billion Canadian in today’s dollars.

A passion for music drove him to found both the now-world famous Eastman School of Music at the University of Rochester, but also a theatre in Rochester. Unusually for him, both bear the Eastman name, although I suspect that was partly a tribute to his mother who loved theatre and the arts. When the theatre opened, one of the halls was specifically named in her memory. Eastman also founded programs that provided musical education to the community at large and became the largest funder of African American educational programs to that point in the history of the United States. At his death, the University of Rochester received almost the entirety of his remaining estate – nearly $75 million.

Impressed by the quality of scientists hired by Kodak from one university. In 1912, he made a $2.5 million gift to the Massachusetts Institute of Technology that he insisted remain anonymous. As a result, MIT referred to him only as “Mr. Smith” and only the university president, his wife, and his secretary were even aware who made the gift. Ironically, Eastman’s insistence on anonymity backfired shortly after, as another employee of MIT went to visit Eastman to request a $300,000 donation for another part of the school. Eastman took the meeting and gave the donation – this time publicly – probably as a way to cover up his much larger anonymous gift so no one would suspect the much larger anonymous gift was his. Eastman would go on to gift nearly $20 million over the rest of his lifetime to the school.

A legacy that has lasted a century

Eastman was a fascinating businessman and donor. He made a massive impact on the areas he chose to support and very often wished to do so with little fanfare. After many years of ups and downs, once his business was firmly established, history seems to indicate that he realized that his own happiness came from something other than his vast wealth. He also realized that, for him, the joy in giving came from making an impact in his lifetime.

Interestingly, the United States did not provide tax relief for charitable gifts until after 1917, long after his generosity began – suggesting that Eastman’s giving was indeed driven by his deep belief in altruism.

Eastman’s giving, seen through a modern lens, is filled with some fascinating paradoxes that are impossible to explain today long after his death. Eastman reportedly almost never supported women’s education and yet was one of the first employers to hire women to senior executive positions. Similarly, despite being the largest donor to African American educational institutions at that point in US history, Eastman almost never hired from the same community to which he gave enormous financial support. Indeed, long after his passing, Kodak had a reputation for a less than ideal relationship with its African American employees. Historians continue to debate how to interpret Eastman’s seemingly conflicting business and philanthropic views. While differing opinions exist, almost all historians agree that Eastman was both one of the most complex, quiet and influential philanthropists of his era.

Looking back a century later, Eastman remains an inspiring historical figure in the world of philanthropy, and the legacy of his many gifts continue today, long after his death. I’m pleased to report that the Eastman School of Music still excels and celebrated its 100th anniversary just last month. It remains one of the finest post-secondary music schools in the world.

What can we learn from George Eastman?

Few others in history have created such impactful and lasting legacies. A quarter-century has passed since my audition at the Eastman School of Music and today I appreciate his legacy in a way I never anticipated when I first walked into its halls. I find myself admiring Eastman’s quiet, thoughtful and prolific giving and the generations of students who have benefited from his gifts. Given my own interest in music and photography, I can’t help but find myself inspired.

PS – For those that might be wondering – yes, I was accepted to Eastman to study saxophone, but instead chose to pursue my graduate studies at the University of Michigan, where I was fortunate enough to be mentored by one of the greatest saxophonists in history, Donald Sinta. In a few months I will write of my time with Mr. Sinta, who is an equally fascinating character, and from whom I learned much musical and pedagogical wisdom that translates very well to my work today in financial planning.