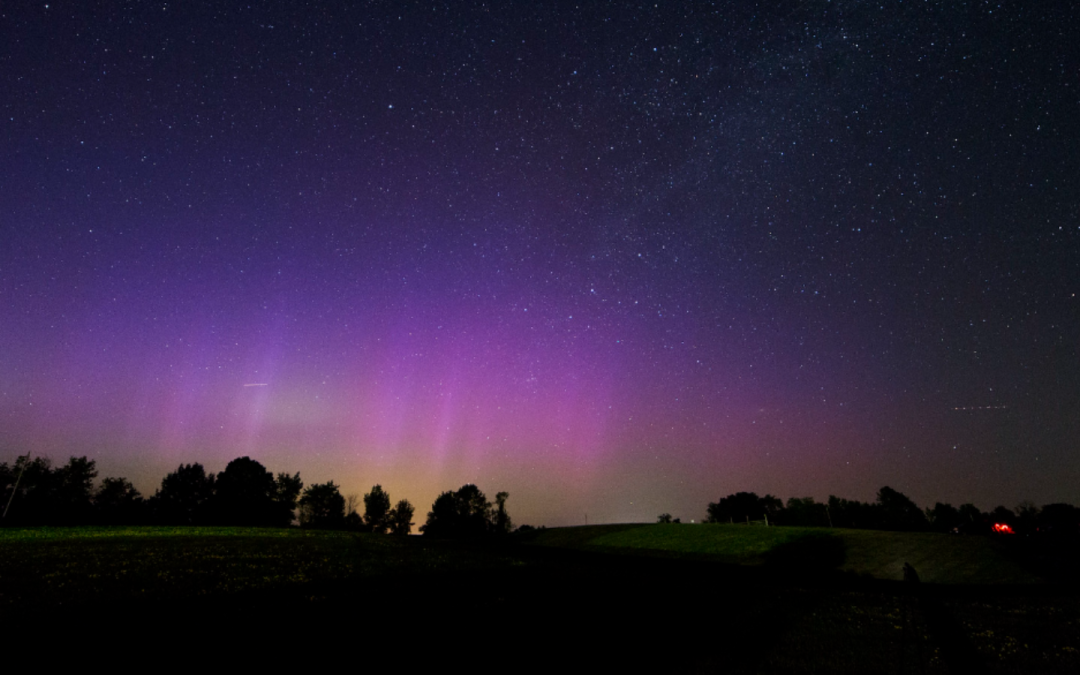 This month we’re talking about how we can all help keep the lights on at our favorite charities. In that vein, one of my favourite charities is The Royal Astronomical Society who asks us all to keep our lights off at night, so we can enjoy natures ultimate show, the Northern Lights.

A few weeks ago, our landlord (a charity), Pillar Nonprofit network, made quite a remarkable announcement, one I feel strongly should be celebrated. (Announcement: Pillar aligns to decent work principles and calls our network to action (pillarnonprofit.ca)).

Pillar’s announcement – that they would adhere to decent work principles, reasonable pay, and benefits for staff is, unfortunately, highly unusual in the charitable sector. I’m delighted to see that Mojdeh Cox, Pillar’s new CEO has made this commitment, which notably includes restrictions on her own pay, to ensure that senior leadership’s salary cannot be any higher than three times the lowest paid employee at the organization, a commitment to provide decent living wages and benefits to employees AND that anyone shortlisted for a job interview will be paid for their time spent interviewing.

This approach is, to my mind, a welcome breath of fresh air, and we made a point of making a donation from our firm to help support the operational cost increases incurred by Pillar to take this step forward.

Over the last decade or so, there’s been a real push in the non-profit sector to solve one of the underlying scourges of the industry: poor job security, poor wages and, at times, poor treatment of charity employees. The historical reasons for this long-standing problem are complex, but, at its roots, I have long believed that the underlying reasons are largely our fault as donors.

As donors, we often tell the charity “I want my donation to go 100% to the cause”, and often forget that without the staff and operational needs of the charity, there would be no cause to support. This has led to the sector as a whole downplaying the importance of why funding operations is absolutely vital to any charity executing its mission. Administrative and overhead costs should be reasonable – not negligible – if we want our beloved organizations to thrive.

A charity is only as good as its overall stability and the quality of its staff. I’ve sat on many boards over the years, and boards are often highly reluctant to approve a budget that has wage increases for staff. This is going to be a particularly problematic practice in our new high-inflation environment.

Benefits and pension plans are also expensive – which is why many charities have historically not offered them to staff. Beyond that, there is the whole issue of professional development – something which is woefully non-existing at a vast number of organizations. Wouldn’t we all want a charity to invest properly in its staff and their ability to do their jobs effectively, ethically, and with skill? At the end of the day, a charity’s ability to function is only as good as the quality of its people.

There is a lot of debated on what a reasonable operational cost for a charity is, and there is no easy answer, as each organization’s needs will differ. That said, a universally reasonable number that is often thrown around is that a charity that spends about 25% of its revenue on overheads is running very efficiently. If your charity is +/- 10% of this, its probably fine.

One of the most effective charitable-sector movements in the last few years has been the UK-originated “Show the Salary” movement, which has demanded that charities commit to full disclosure of salary ranges on all job postings. This has gained incredible traction since the pandemic hit, and now most charity job-listing sites have agreed to make this information mandatory. The movement is based on research that has shown that transparency on salary leads to vastly better pay equity in the sector. The initial resistance to the movement was mind boggling – but I think that now that many charities have seen that it leads to a bigger, better qualified pool of candidates, the writing is on the wall. The sector has definitely turned a corner for the better.

Working as I do with both donors and charities, one of the most insightful moments I’ve had has been watching how charities treated their employees during the pandemic. Some charities and their boards were wonderful, and handled the early stresses with grace and dignity, and helped support their employees, even if layoffs were required. Others…. not so much. We have found that our clients who are donors know EXACTLY how their favourite organizations treated their staff. Charities that were awful to staff are finding it very hard to raise funds right now, and many will not survive. Other orgs, that took the high road have had record years, as donors made of a point of extreme generosity during the pandemic. There’s a strong lesson here that I hope will make an impression on every future board member and CEO of a charity: how you treat your staff in difficult times says far more about your organization than anything else. The charitable sector is supposed to be compassionate and caring – so if you can’t care for your own employees, how can you be trusted to care for the cause?

What can we do as donors?

I’ve been putting a lot of thought into this since Mojdeh’s announcement. Here are some of the key things I think we as donors can do to help push the sector forward:

At the end of the day, we as donors have a tremendous ability, and, in my mind responsibility, to ensure all charities are investing in their people. An organization made of happy, productive people who have job security will always be more effective at their mission, and using our donated funds towards the cause.