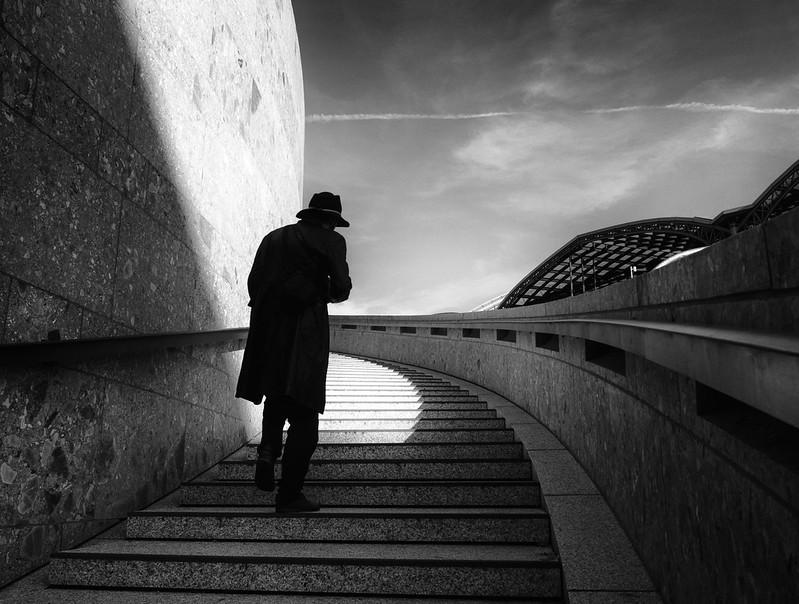 I hope you’ve had a great summer!  To help you wind things down, this month’s newsletter is all about one of the most important people in your life – that you have probably never even heard of before.

Way back in August of 1927, a young lad named Harry was born to a Chicago couple who ran a small grocery store. An only child, he grew up with a love for philosophy and physics in high school and went on to get a Bachelor of Philosophy degree at the University of Chicago. He earned his Master’s in 1950 and his PhD in 1955. By all accounts, he was, and still is at almost 94 years old, a brilliant human being.  Incidentally – and this may come as some surprise to you – he’s also your best friend and has had a huge impact in your life! You might want to thank him for helping you retire, or, in the case of charities, thank him for helping to manage their endowment funds.

Harry, as it turns out, is Harry Markowitz, the Nobel-prize winning father of Modern Portfolio Theory (MPT), which provides the underpinning of a vast majority of the investment industry’s approach to investing over most of the last half-century. This August, Harry is about to turn 94. The nonagenarian subject of this newsletter is probably the most important person in your financial life, even though you’ve likely never heard of him.

What is Modern Portfolio Theory?

In 1952, Harry published an essay entitled “Portfolio Selection” that outlined his theories on designing an investment portfolio for the first time. By 1959, he expanded his theories further in a book entitled Portfolio Selection: Efficient Diversification. While not the catchiest titles, they certainly have been amongst the most impactful pieces of modern financial literature.

At a very simple level, Harry’s theory put forward that for any given level of risk (defined as volatility) an investor was willing to take in a portfolio of a variety of investments, there was an optimal combination of different assets and asset types that would maximize returns for a given situation. He developed a mathematical formula that took a whole bunch of investment options as inputs and spat out a combination of those assets that would have the best ratio of risk to expected return. Essentially, his theory helped show the investment community that a rigorous mathematical analysis could help build the most efficient investment portfolios possible.

Harry’s theory isn’t perfect – it relies on a number of assumptions that may not always be true. One common criticism is that it assumes that investment markets are always rational – which is most certainly not the case.

Since the 1950s, others have continued to improve Modern Portfolio Theory. It continues to form the base for numerous other investment theories and strategies in wide usage. Virtually everyone in Canada has at least some part of their financial portfolio – be it personally held assets, employment pensions or government programs like the Canada Pension Plan –  underpinned by Modern Portfolio Theory or one of its spin-offs.

So, what can we as individual investors learn from all of this? While most of us won’t be running mathematical formulas on our own investments, there are two key learnings from Harry Markowitz’s work we should always keep in mind.

Potentially, the most important learning from Harry’s work is adding more of the same into your investment portfolio isn’t likely to improve things – instead, it may mean you are taking on more risk without improving return.

While it is tempting for the average investor to spread their investments over a number of different advisors or institutions, you run a strong risk that different parts of your portfolio in different spots will overlap and add needless risk and volatility to your overall holdings. Your investments should work together to be efficient – and that means anyone advising you needs to see the whole picture. Having multiple advisors is likely a detriment, not an advantage.

Math alone isn’t the answer – you need psychology too!

One of the biggest weaknesses of the original theory is risk was measured as volatility – how much fluctuation in return each holding might have. As investors, however, we tend to like it when our investments suddenly shoot up in value – but are quite upset if they suddenly drop. In the original theory, a portfolio with small frequent losses is mathematically the same as one that barely changes in return, but then has a spectacular loss. I doubt the average investor would view those two options as equivalent!

Forty years after Markowitz’s first paper, Post-modern portfolio theory (PMPT) was created in the early 1990s, which attempted to adjust the theory for downside risk. Like its parent, MPT, it was a tremendously useful concept – until the last ten years or so. Our current environment of super low interest rates and increasing longevity has shown some of the weaknesses of this system, as well. Once again, math has its limits.

Most recently, fascinating work is being done on the human part of the equation, something known as behavioural finance, which shows investor psychology and decision making have a profound impact on portfolio returns. Unfortunately for mathematical models, we as humans are not always rational. That’s one of the reasons that a study by IFIC in 2012 found that Canadian households working with a financial planner ended up with 173% more assets (2.73 times) than those households investing on their own.

Neither math nor psychology alone will help you succeed at investing – but blending the two could lead to success.

Harry is going to have a very happy birthday.

So, on August 26, send a mental happy birthday to Harry Markowitz, whose theories have helped your financial well-being, your pensions, and your favourite charities grow their wealth over the last 70 years. Don’t worry about a present for Harry though – between his theories on investing, as well as the consulting companies he founded and the software he developed for the investment industry, he can afford to buy his own presents. The latest estimate is his net worth is just shy of $1 billion in Canadian dollars. I think his parents would have been proud to see where his life has led and how his theories have helped shape both our retirements and the world of finance.