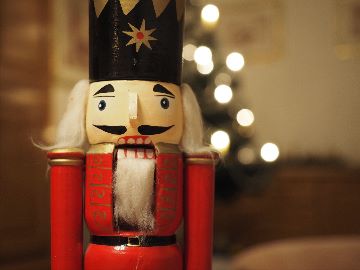 As we come to the end of the year, I always like to share an interesting story of a charitable gift.  Normally, we tell the story of someone we have worked with over the last number of years, but this time we’re going to share with you the story of Peter Allard, a wealthy lawyer and philanthropist who, in 2015, donated $30 million to the University of British Columbia.  In return, as part of the Gift Agreement, UBC agreed to permanently name the Faculty of Law after him, and “exclusively use ‘Peter A. Allard School of Law’” on all degrees issued by the Peter. A. Allard School of Law in the future.  Prior to this, Mr. Allard had donated over $11 million towards the construction of the law school’s building as well, which is also named after him.

At first, everything went smoothly. Any law degrees issued by the School of Law bore Peter Allard’s name, as per the agreement. However, as is the case at many universities, many graduate degrees are not awarded on a department level, but instead from the Graduate Studies department. In UBC’s case, this happens to include both Master and PhD degrees, which, unfortunately, was not clearly understood by Mr. Allard at the time of his gift.

About a year after the gift, Mr. Allard expressed his concern that his name was not on these “outside” law degrees, and felt they should be, in light of the wording of his gift agreement. The university countered that the degrees in question were not, in fact, issued by the Peter. A. Allard School of Law and felt as such they should not be printing his name on the degrees. The parties attempted to mediate on the matter and eventually talks broke down.

This past September, the whole matter landed in arbitration. The arbiter, after reviewing the case, found on behalf of UBC and indicated that the wording of Mr. Allard’s agreement was essentially requiring his name on any item that previously said, “Faculty of Law”.  Since the degrees in question had never been granted by the Faculty of Law, but instead the Faculty of Graduate Studies, the gift agreement did not require UBC to name him on the degree certificates. The arbiter went on further, to indicate that the issue was that Mr. Allard had an honest good faith belief that the degrees in question were issued by the Faculty of Law, but never verified this belief prior to signing the agreement. It was a difficult pill to swallow, and Mr. Allard has appealed this ruling to the BC Supreme Court. It will be interesting to see if the court chooses to rule on this matter.

Much of the media coverage on this case has largely been unsympathetic to Mr. Allard, with many stories and headlines implying that the matter revolved around his ego, rather than the wording of the gift agreement. I’m not sure this matter has helped Mr. Allard’s brand going forward, but time will tell.

For the many people that we work with, who would rather keep the lights on for someone in need, rather than put their own name in lights, Mr. Allard’s story has some strong learning moments.  While our clients may not have $40 million to donate, a gift agreement can be a key way to ensure that donor wishes are able to be met.

The donors that I have worked with over the many years of my practice all have had very legitimate concerns about how their money will be used and for what purposes. Gifts won’t happen if these donor concerns are not sufficiently addressed. Additionally, it is important that charities are upfront and very clear about what they can and cannot do. A well written gift agreement is a blessing for both the giver and the receiver – but it is important that both parties fully understand the donor’s intent, and not just make assumption.

The importance of a gift agreement for large gifts

Larger gifts (say over $25,000), normally come with some kind of gift agreement between the donor and the charity. A well written agreement ensures that both parties are “on the same page” in terms of understanding where the donation will be directed, and what terms and conditions may apply. It is very important to realize that in order to receive a charitable donation receipt, the donor must relinquish all control over the funds. Even more important, is to realize that both parties will be irrevocably bound to the terms of the gift agreement after the gift is made. Neither the charity nor the donor can change the purpose of the gift afterwards, without a court intervention, known as a Cy-Pres application. The gift agreement can be legally enforced by the donor if the charity fails to hold up its side of the bargain, although, in the case of Mr. Allard, the donor might not like the eventual legal ruling, or the costs required to bring it to court. That said, it does provide a measure of security to the donor to know that the gift will go to its intended purpose

I have a few basic rules that I think every gift agreement should address or contain to ensure everything goes smoothly for all parties: 1) Clearly name the intent of the gift in as plain and simple language as possible. 2) If timeframes are involved, clearly specify them in terms of years/months. 3) Have a “parachute” clause where the purpose of the gift can be changed if the reason for the gift no longer exists or is relevant. This clause should have an agreed method for determining what the next closest purpose would be. 4) Clearly state any “do not go there” restrictions that you might wish to have in place. 5) As a donor, be open to wording to help give reasonable flexibility to the charity. 6) As a charity, be open to wording to help ensure the donor’s intent can be fully realizedand spend extra time to ensure you truly are on the same page. In my experience, (5) and (6) are perhaps the most important parts of the agreement. Clearly, Mr. Allard and UBC needed better communication at the outset. I’m sure the reputational damage and risk to both parties is something that could have been avoided with clear communication at a much earlier date.

One gift that keeps on giving…

For us here at Quiet Legacy, our greatest gift has always been our time we spend with you. I’m pleased to say that since 2012, we have been involved in about $30 million in total gifts from the clients we have worked with. That’s an astounding number, and it is the single most important metric we use to measure the success of our financial planning practice. Together, we’ve helped our communities do remarkable things. I look forward to doing even more as we start the next decade. We owe it all to our remarkable clients who continue to connect us with others for whom community and philanthropy are key personal values. In the meantime, if you haven’t done so already, I hope you will pick up a copy of my new book, Driven By Purpose (www.drivenbypurpose.ca), and be inspired to make the world a warmer and kinder place.

All the best this holiday season to you and your family – thank you for your readership, and your generosity to the many wonderful organizations and causes that you support each year.