Scientific revolutions, social enterprises and the future of investment. 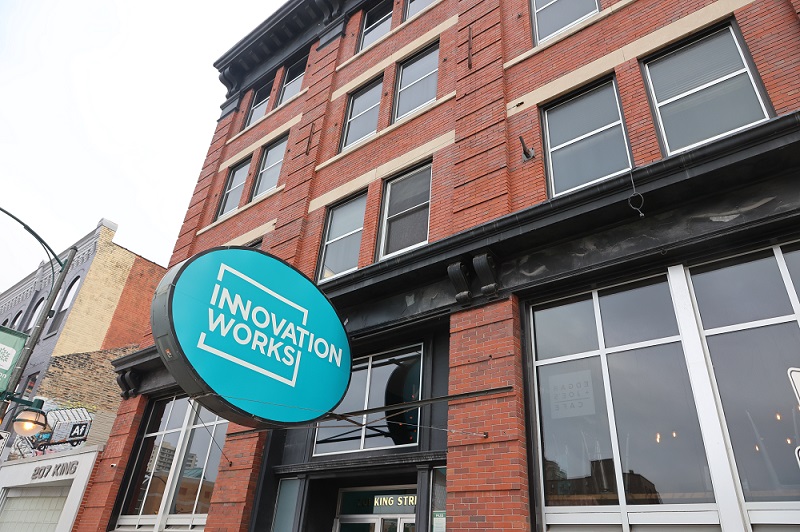 Normally we tell the story of a person, but this month I thought we’d change it up and tell you the story of a  building instead – one that Quiet Legacy happens to inhabit.  I hope you will enjoy the story of this fascinating character, and its rebirth as a charity.

Long before my days as a financial planner, I spent a lot of time in the ivory tower. While my major was in music, I had minors in both business and astrophysics. As you might imagine, I’ve never fit nicely into a tidy box! One of my favourite courses was philosophy of science which looked at how the passage of time concept differed between Einstein’s Theory of Relativity, and that of Quantum Mechanics. I understand that for many readers the topic might seem a bit esoteric to our usual topics, but that course introduced me to a book by Thomas Kuhn, which is now legendary in science circles: The Structure of Scientific Revolutions.

In this book, Kuhn claimed that science is interrupted every so often by a scientific revolution caused by the introduction of a new way of thinking or looking at things that is radically different than what came before. Fortunately, these interruptions are relatively infrequent, but they do often lead to great change in scientific fields, and sometimes large steps forward. This cycle will repeat itself many times forward and push our understanding of how the universe works. In between each disruption, however, science progresses normally, slowly moving forward until a new paradigm is proposed, and the cycle starts over again.

In the last few weeks, I’ve been remembering Kuhn’s book, and how much I enjoyed taking philosophy of science nearly 30 years ago. What has brought this to mind? I’ve noticed our non-profit landlord, Pillar, giving prospective tenants a tour through our building, known as Innovation Works. I think that  Innovation Works, is a great example of a couple of ongoing “Kuhnian revolutions” in the financial and charitable sector.

Innovation Works is a fascinating space. As many who have visited us might know, our building contains more than 100 organizations, but in a footprint substantially smaller than one might expect. Pre-pandemic, we had more than 140 businesses, with 300-500 people working in this building. As co-tenant members in the space, we share meeting rooms, kitchen facilities and other aspects of the building in much more open ways than a traditional office building. This helps reduce environmental footprint, but also encourages collaboration with other organizations. With a mix of for-profit and non-profit organizations in the space, it also allows us to work collaboratively with other organizations. It’s not just our physical resources we share – sometimes it can be staffing, ideas or many other things. It is a bold concept, and for the most part, it has worked out very well for our firm. The building, by its very nature, was something of a revolution in both concept and implementation.

A revolution in businesses use of space

As you might have noticed, last year was pretty disruptive. When the pandemic hit, the forward-thinking shared-space design of Innovation Works turned out to initially appear to be a nightmare to control from a public health viewpoint. In fact, Innovation Works went into lockdown a week before the general lockdown hit Ontario. At the time, the transmission of COVID-19 was not well understood, and our space’s greatest strength, its openness and resource sharing, looked like the perfect nightmare for an infectious disease.

As one of only three essential service businesses operating in the building during lockdown, I can tell you it was utterly bizarre to be in a huge space, normally packed with people, to have an average of less than one person a floor at any given time. The building is usually filled with life everywhere, and you never know who you will run into. As a great example, we once had the former Governor-General, David Johnson, do a workshop in the building for high-school students.

However, Innovation Works has done a fantastic job rethinking and reworking out safety protocols, and we are now seeing more of our neighbours in the building, which is lovely (well, at least we were until the latest lockdown!). We’re not up to the same numbers as we were, but our community is coming back to life.

What is quite fascinating, however, is the number of times I see our building managers touring prospective tenants through the building. Loredana, Director of Innovation Works, tells me that many larger organizations are inquiring about space in the facility. Turns out, with so many people working from home, companies are realizing that instead of tens-of-thousands of square feet being leased, they may be able to go forward on a permanent basis with a much smaller footprint. Inevitably, a company with 50 employees, might only need space for five people in a permanent office, and dropping to a smaller space is vastly less expensive. Research supports that the future of work is flexibility.

Long term, I think that this is going to be one of the biggest, and most profound revolutions of the pandemic. It’s going to drive down the need for commercial tenant space everywhere, and office spaces will have to adapt to the new paradigm or will find themselves in a rough place. That could have a profound impact on our economy. Like any revolution, there will be winners (like many of the remote technology companies in the last year), and losers (traditional landlords, office furniture supplies, etc.).

A revolution in funding

Most fascinating was the building’s funding model. It involved a traditional mortgage, support from donations, and non-traditional fundraising via a community lending program that allowed foundations and individuals to loan money to the charity to support the building (albeit without receiving a tax receipt like a traditional donation). This latter type of charity-funding structure has been born largely in response to the 2008 market downturn, which, for technical reasons, left many foundations unable to grant out at a time of great need. Increasingly, the charitable sector is turning to these kinds of new structures to fund capital projects, and it will be fascinating to see how this changes the non-profit sector moving forward.

What lessons can we learn?

Inevitably, Thomas Kuhn believed that we could predict that revolutions and paradigm shifts occur repeatedly – but it’s difficult, if not impossible to know when, or what revolution will ultimately lead us to a new dynamic. This doesn’t help us predict the future as investors, but it certainly means that we should keep our eye on potential disruptive changes. Investments are not guaranteed, and as I have mentioned before, it is important to diversify your investments to help protect your investment portfolio against these market disruptions. One thing is certain: The next big revolution is on its way… just don’t ask me when!