Six words that changed the world 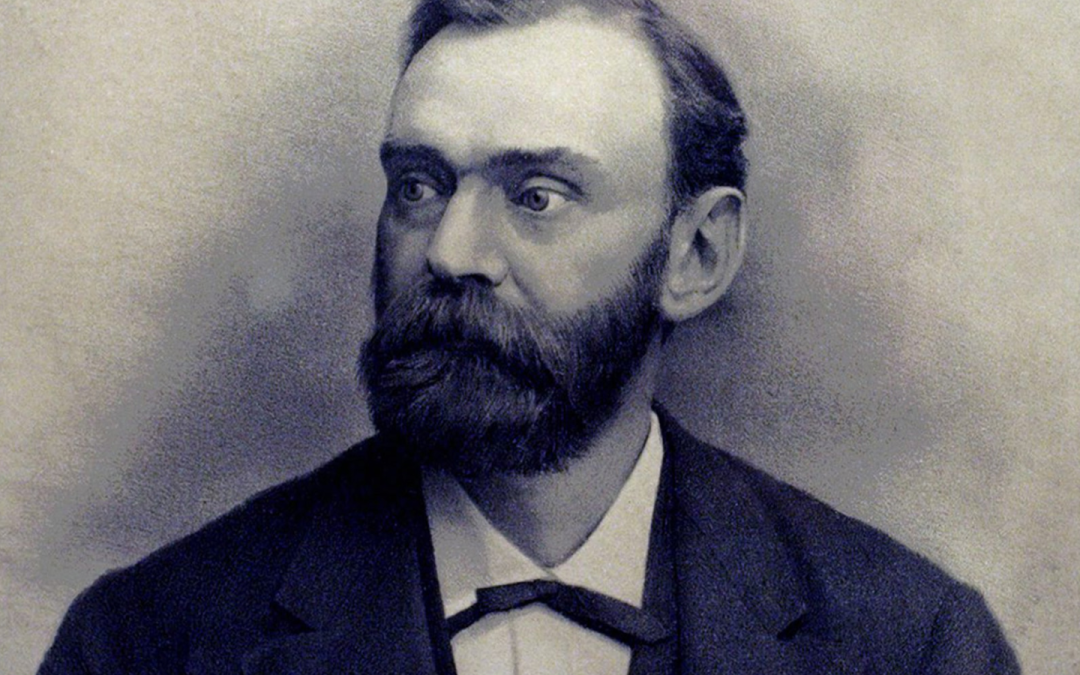 A new year is always a time of change and reflection. I’ve been pondering this a lot in the new year, as we launch our new newsletter format, and get ready to move our office in a few weeks to a new location.

One of my favourite stories is that of Alfred Nobel (founder of the Nobel Prizes). Few people have so radically altered the course of their own history – and world history – as he has. While I often present a short version of his story at speaking events, his life story, and that of his family are fascinating.

When Alfred Nobel was born, his parent’s family engineering business was in the midst of going bankrupt. Although they had six children, only Alfred and three of his brothers (two older and one younger) would survive to adulthood.

Facing grim prospects in Sweden, Immanuel and Andriette (Nobel’s parents) would move their young family to Finland, and eventually settle a decade later in St. Petersburg, Russia. There the family fortunes would finally take a turn for the better. Immanuel’s mechanical workshop would quickly grow after obtaining a contract with the Russian army. With a solid financial backing – partly due to Immanuel’s invention of the veneer lathe (used in the production of plywood), the family was now in a terrific position to provide a world-class education to their children. So good were the family finances that Alfred, along with his older brothers Ludvig and Robert, would be tutored privately. Alfred excelled in his education – especially at chemistry and languages. He would go on to be fluent in English, French, German, Russian, and Italian.

All the boys would go on to assist their father in the family business, including the youngest brother Emil, who would work between classes as the first member of the family to attend university. Unfortunately, once again Immanuel found himself going bankrupt, as his military contracts dried up following the end of the Crimean war. Robert and Ludvig, now adults, would stay in Russia to try and save what was left of the family firm. The rest of the family, including Alfred and Emil, would return to Sweden to start, once again, from scratch.

Robert and Ludwig would find tremendous success moving into the newly formed oil sector. Together they formed one of the world’s first oil companies and became extremely wealthy. Robert would fade into history as his health took a turn for the worse, leaving Ludvig to run the operation. Ludvig would eventually become one of the wealthiest people in the world. In what was perhaps a tribute to the family’s history of financial difficulties, the company became one of the first in the world to profit share with employees. They invested heavily in the communities in which they operated, building schools and hospitals, and even a co-operative credit union/bank for his employees. These business decisions were all remarkable for their time. Ludvig even invented the first successful oil tanker. He refused to patent any part of its design, allowing anyone in the world to benefit from his design at no cost.

Meanwhile, back in Stockholm, the family once again faced tragedy. Several employees, including Emil, Alfred’s youngest brother, were killed in a workplace accident involving an explosion of nitroglycerin.   Alfred, fortunately, had not been at the factory that day, but the death of Emil and several others would have weighed heavily on him and his father. Alfred threw himself into the study of the safe usage of nitroglycerin and would go on to develop over 350 patents around the world, many of which would be related to his most famous invention – a way to contain nitroglycerin for safe usage and transport. He would become very wealthy in his own right, and grow his fortune both on his own, and in partnerships with his two surviving brothers.

In 1888, Ludvig passed. As one of the wealthiest people in the world (and certainly one of the most generous in ways unusual for his time), his death was front page news in papers around the world.

According to legend, Alfred learned about his brother’ death while in Paris. A local paper had run an obituary and mistakenly reported the death of the wrong brother. Feeling quite bemused, Alfred picked up the paper and began to read. His bemusement turned to horror in an instant.

“La Marchand de la mort est mort” – The Merchant of Death is Dead. Six terrible, horrifying words. The article went on to say he had become rich by finding ways to kill more people faster than ever before.  The article was referring to the destructive power of dynamite – Alfred’s most famous invention, which he had designed for civilian purposes like mining and construction. Alfred was beyond appalled – and in that moment decided that he could not allow this to be his legacy.

After reading that mis-printed obituary, he would go on to leave 94% of his estate to form the Nobel Foundation, and to create five annual prizes – in physics, chemistry, medicine, literary work, and of course the Nobel Peace Prize. Eventually the Foundation would be expanded to a total of ten prizes, but nearly 130 years later, we almost all remember just one: the Peace Prize. Even though his brother Ludvig was much more famous in his time, and, arguably, much more generous and philanthropic, it is Alfred Nobel who captures our memory and imagination.

There’s a strong lesson for us here – most of us will never get a chance to read our own obituary. Like Nobel, we each have an opportunity to be proactive in our planning, and to put serious thought into how we want to be remembered. Doing nothing means that the world might not remember us the way we hope it will.

Not everyone will have the Nobel brothers’ wealth – but in my experience, it’s not money that we remember when someone is gone; It is the character of their spirit, the causes and people that are important to them. Ludwig demonstrated this in his life – while Alfred’s charitable estate continues to change the world long after his death. Those six words have had quite the impact!

I hope you take some time in 2023 to write down what is important to you and start taking steps to shore up your own legacy.  It’s an empowering, and strangely fun thing to do, especially for those of us who want to leave the world a better place than we found it.

Looking to make an impact? Contact us today for a free consultation or check out Driven by Purpose, a book written by Ryan Fraser, which shows you the possibilities for growing your wealth and making a real impact through the legacy you plan to leave. The book features real, personal stories and offers dozens of strategies for leaving a lasting legacy.