Starting a Newborn Charity from Scratch 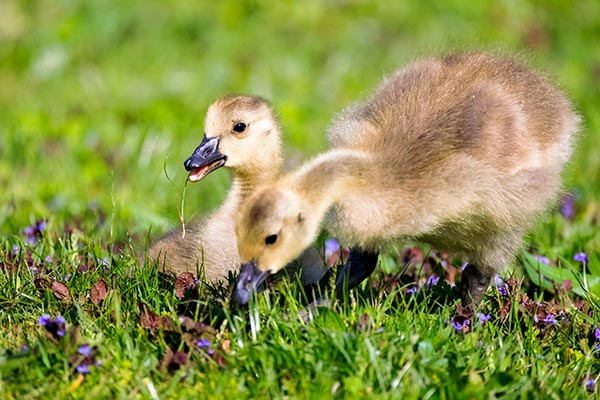 In the last couple of months, we’ve been working on a number of complex planning cases where the topic of starting a new charity has come up.  The question is, if you are going to have a charity offspring as cute as these Canada Geese goslings I saw a couple of weeks ago- is that the best thing to do?

As someone who co-founded a charity, I can attest that much like parenting human babies, starting a new charity is not for the faint of heart. There’s a lot that needs to happen to bring your new little one to life. You need a village to raise your baby and you will find yourself exhausted, up to your eyeballs in government forms. Yet, you’ll find yourself strangely enthralled and delighted at your bundle of joy. And, oh yes, you even may have to scrub bodily fluids off the walls. (If that last sentence feels far-fetched when it comes to charities, feel free to listen to my adventures scrubbing goat blood off the walls while co-founding The Secrets of Radar Museum in Chapter 6 of my book, Driven by Purpose. [Click here to open the audio link])

Those memories have come flooding back to me in the last few weeks as I’ve had a number of unrelated discussions with a few of our clients on starting up a charity. At the same time, I heard a powerful talk by Senator Ratna Omidvar at the Canadian Association of Gift Planners national conference in April, entitled “Creating a More Inclusive Charitable Sector.” Senator Omidvar has been a huge champion for the charitable sector within the Senate. She’s also very concerned about how the sector can accommodate more diverse voices and needs. In her talk, she pointed out that government laws surrounding charitable incorporation are exclusionary by their very nature.

One point that really resonated with me — which long time readers might recall I’ve mentioned on several occasions that it boggles my mind — is that the prevention of poverty is not a charitable cause in Canada – only the alleviation of poverty. This quirk of the law dates back nearly 150 years and comes from Victorian beliefs that poverty was an individual’s responsibility to avoid and is related to character and moral defects, rather than structural societal issues. Senator Omidvar’s talk is fascinating, somewhat disturbing, and certainly great food for thought for anyone who is thinking of starting a charity or is a board member or staff member of any existing organizations. If you have the time to spare, you can watch her entire 53 minute address below.  Its relevance has only increased during the last few weeks since I first began writing this article.  It should be mandatory listening for anyone thinking of starting a new organization, or those leading our current organizations.

Should you start a new charity, or piggyback on an existing charity?

Whenever I am asked this question, my default response is that in most cases, you probably shouldn’t found a new charity. We have, at last count, somewhere in the vicinity of 85,000 charities in Canada. Odds are, you can probably accomplish your goal by working with an existing group. You should almost always investigate this route first. Starting from scratch takes way longer and way more money, time and effort than working with an existing charity.

If you are thinking of starting a foundation, perhaps due to a one-time tax event (the most common situation relates to the sale of a family business), which flows money to other organizations, again, consider other options first. Most community foundations have donor-advised programs that are much easier to manage than a private foundation and, for most people, do almost the same job. As public foundations, community foundations have extra flexibility and less restrictions on what they can do compared to their private counterparts.

It’s also important to understand that the cause you wish to support may not require a charity or, in fact, could be hampered by becoming a charity. Charities do have restrictions on what they can or cannot do. For example, a recent area of contention has been when charities engage in political efforts. Additionally, charities are also subject to a disbursement quota, which establishes how much they must spend each year at a minimum. As different governments have come and gone, the rules in these area have changed several times, much to the consternation of the entire sector.

So what if you really want to birth a new Charity?

For those relatively rare situations where founding a new organization is the right path, I have some thoughts from my own lived experience, and those of other founders I have met over the years that you might find helpful:

If you are passionate about a cause or need in your community, don’t rush to have a baby charity as fast as you can – just like human babies, charity children need a lot of time, love and patience to grow up. As I can attest, they can also be immensely rewarding, but I wouldn’t hesitate in a second to adopt an existing organization if the option is available. You can create a beautiful, loving relationship with an existing organization and, most importantly, not have to worry about messy diaper changes or all those government forms!