The fall of the Crown 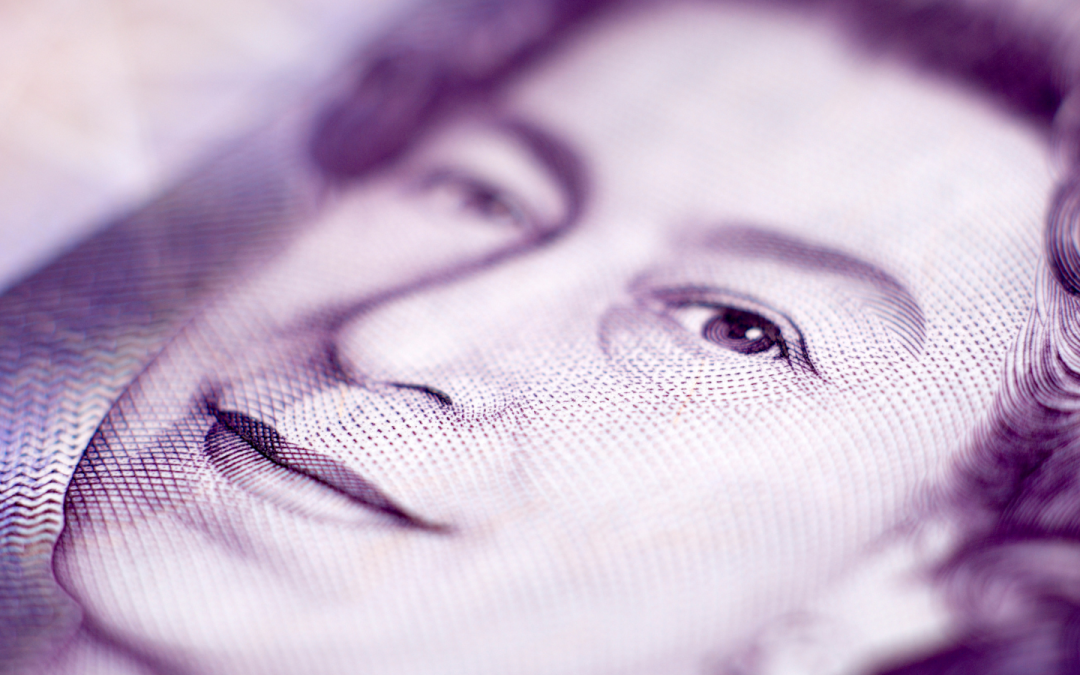 Important fall reminder: Now is the best time to make your in-kind gifts of securities for 2022, and to move your RRIF funds if you are changing institutions or advisors. Contact Ryan if you have any questions!

September was a remarkably tragic month in Canada by any standard: It opened with one of the worst mass murders in Canadian history. This dominated the news cycle until the death of Queen Elizabeth II, which almost instantly ended coverage of the tragedy in Saskatchewan. As September ended, the most powerful storm to ever make landfall in Canada, Hurricane Fiona, landed on the shores of the Maritime Provinces, destroying hundreds of houses and leaving a trail of utter devastation. It’s been a very heavy month, to say the least.

The sad events of September have gotten me thinking about the interplay between these three tragic topics, and how they ultimately relate to our country’s relationship with the Crown, and what we can learn about our own estates and planning in the process.

The Queen’s will and her estate are utterly unique

In our system of government, your will is considered a public document. This is an important protective step under the law, as you may have legal obligations to provide for dependents and family members. Not so for the Queen’s will: by tradition, wills of the Royal Family remain sealed and private for 90 years, to “protect the privacy of the Sovereign”. Interestingly, since all legal authority flows from the sovereign in our legal system, the sovereign themself is not bound by the same obligations or duties in their will as other citizens. By definition, as I understand it, the monarch’s will is, in fact, a law unto itself. (Legal readers, please feel free to correct me here if I am wrong in my interpretation!)

While watching the ceremony to honour the Queen, I was very much struck by a sense of compassion for the Queen’s children and family, who were denied one of the most basic of all human experiences, a chance to mourn the loss of a loved one in private. To me, in that moment, it appeared very much that the royal family is trapped by the system to which they are born. While they benefit from the wealth attributed to being royals, the price of it seems to me to be much higher than I would personally want to pay, and I cannot fathom what it must feel like to be forced to publicly mourn in such a way.

Interestingly, the Queen’s main assets which provided her her wealth, the Crown Estate, was not actually hers. Instead, the Crown Estate is considered under U.K law “The Sovereign’s Public Estate”, and is neither government property, nor her personal asset. Instead, a semi-independent, public body known as “Crown Estate Commissioners” exercise the ownership of the estate and are legally bound to report to the U.K. Parliament. In return for surrendering the estate, the crown (beginning in 1760 with George III), was relieved of paying for government, and received a grant each year to fund the operations of the monarchy. Today, the sovereign receives 25% of the net income of this estate, and the funds pay for the royal court. By assuming the throne, Charles III will “inherit” this estate from his mother, as it is tied to the reigning sovereign.

What private assets Elizabeth II owned and personally controlled, were passed as per the terms of her will. We will find out in roughly a century what exactly those assets were.

In First Nations estates the Crown has control

Sadly, the Queen’s death meant the removal of media attention on the horrific tragedy in Saskatchewan, where families are now grieving the unfathomable loss of ten loved ones.

Over the next few months, these families will begin the process of settling their loved one’s estates. Of the ten, nine lived on the James Smith Cree Nation, and the tenth lived in the village of Weldon. The Toronto Star has a wonderful tribute to the fallen: A look at the victims of the Saskatchewan stabbing attacks | The Star . Please take the time to read, remember them, and honour their memory.

It may surprise you to learn that the nine families who lived on the James Smith Cree Nation will have a markedly different experience settling their loved one’s estates than the family of Wesley Petterson, the sole non-resident.

Under the terms of the Indian Act, those who are “status Indians” under the act, who “ordinarily reside” on a reservation and pass away, are subject to the estate laws within the Indian Act – and the laws of the province in which they reside do not apply. Those who reside on a reserve have arguably lesser rights to manage their own affairs under federal law.

It’s not just at death these differing rules apply: during their lifetime, the only possible “power of attorney” for an incapable person with first-nations status under the act is the Minister of Indian Affairs, as per Section 51 of the Indian Act. He or She may choose to delegate this and appoint someone to handle this duty. This is very different than everyone else in Canada, who, under the laws of their respective provinces, may draft a power of attorney document to name those of their own choosing to the role.

Thankfully, a first-nations status person is allowed to draft their own will, however, it must be accepted by the Minister of Indian Affairs. Unlike the provincial rules, an individual may draft their will in almost any fashion, so long as it is written and indicates his or her wishes. The will has no “legal effect or force” until the Minister has approved the will or a court has granted probate.

The minister under section 46 has enormously broad authority to declare any individual’s will void in part or in full, if the minister is “satisfied” that the conditions in section 46 are evident – including if the terms of the will are “not in the public interest”. This appears to be a very different and lower standard than the provinces hold, at least as I (a non-lawyer) read our own act here in my home province of Ontario. In Ontario, for example, the decisions are not made by the appropriate minister of the crown – instead, legal issues are decided by a court of law.

As you might be starting to realize, the Crown retains a much larger degree of control in estate issues for those people who hold first nations “status” under the law. One could argue that the restrictions are vastly more paternalistic than other Canadians enjoy under provincial laws. The use of terms like “half-blood” and “whole-blood” in the midst of the Indian Act, certainly do not sit well with many people.

I cannot imagine what the next few months will be for those families affected by this horrific event, but I am quite certain navigating the quirks of the Indian Act’s estate rules will only make things worse. My heart goes out to those who are already grieving, and I hope that an inquiry around the many issues leading to this tragedy will pave a better path forward for everyone.

Our final lesson in planning from September comes from the utter devastation left behind down east. In particular, I have been haunted by the images from Port-Aux-Basques, one of the few spots in Newfoundland I have yet to visit. Houses were destroyed as if they were matchsticks. In typical Newfoundland style, one homeowner who lost everything celebrated finding 3 unbroken beers in her fridge when it washed back up on shore. All of her wordly possessions were gone, and somehow she managed to find it within herself to celebrate that something had survived.

It may surprise you to learn that the Crown has involvement in this situation too – just yesterday the Federal Government announced a $300 Million fund to provide assistance to homeowners and businesses who lost real estate, and may not have been covered due to insurance issues including any “acts of God” clauses that excluded natural disasters.

Fiona was a reminder that while we all assume our “stuff” will last as long as we do, sometimes that is not actually the case. While real estate seems like a permanent investment, Fiona’s destruction reminds us that we can’t make assumptions about anything in our estate. We never know what might happen, so it’s best to plan assuming anything can happen. I’ve often seen estates where one family member is left a real property like a house or cottage – but, as those in Port-Aux-Basque know, life can change quickly.