The Future Of Giving 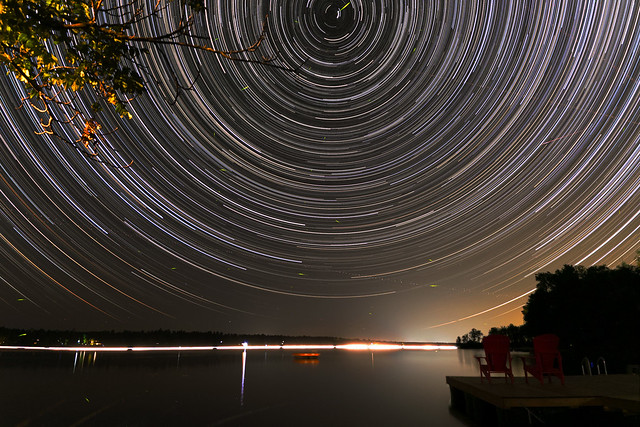 For so many of us, the nighttime sky represents peace and tranquility.  One night in London this past month was the exact opposite due to a massive gas explosion.  In the aftermath, our city’s generosity shows us the future of giving – and how our charitable rules need to be updated for the modern era.

As I’m sure many of you heard on the news, London’s Old East Village was rocked by a massive gas explosion on August 14 after an inebriated driver drove into a home on Woodman Ave.  Fortunately – by no small miracle – there were no deaths, thanks to some good luck—the family who owned the house was away that night—and the timely intervention of our wonderful first responders who immediately cleared the surrounding neighbourhood.  As I write this, I’m pleased to hear that the last injured firefighter has returned home from the hospital.  According to the CBC, as of Aug 26, three homes have been destroyed and multiple others damaged. I know several people who live in the neighbourhood and I’m grateful they’re safe, despite the devastating losses endured in the neighbourhood.
As the saying goes, out of every dark cloud comes a silver lining, and rarely has such a statement been a more literal metaphor.  Tens of thousands of dollars have been raised through various community, online, and business fundraisers to support the affected families.  As is often the case in times of disaster, the best of humanity shines bright.  Others opened their homes and businesses to provide shelter to those who lost everything.  Despite the circumstances, it has been a heartwarming time, especially in the era of social media, where empathy seems, at times, to be a rare commodity.
Amid all this generosity, the wide variety of methods of giving our community has used has been remarkable:

While we tend to think about giving as a charitable act involving a receipt, much of the time, the way we actually give is very different.  This is because charitable organizations have a relatively small mandate in Canada. To be a registered as a charity, you must meet one of the following criteria:

The last category is pretty vague, so many charities you may know fall under this mandate.  That said, notice anything missing on that list?  I’ve always been shocked that the prevention of poverty is not a charitable activity in Canada – only its relief.  In other words, it’s charitable to help someone who is poor, but not to take steps to prevent someone from being poor in the first place.  I hope someday the government will address this, but for the time being, it is enshrined in law.

Things to think about when giving

Of all the ways to give, the most regulated area of giving is to qualified charities.  There are much long-established legal and ethical rules in place to protect the public’s interest, the charity’s interest, and that of the donor.  Society has come a long, long way since these rules were created.
I suspect in time that other giving methods will come under the same scrutiny.  For the moment, however, crowd funded charitable options (like GoFundMe) remain subject to little oversight under our 90-year-old charitable laws, which never could have anticipated the Internet, donations by credit card or the ability for a for-profit foreign organization like GoFundMe to become a major factor in giving in our country.
I hope parliament will amend our charitable giving rules to more closely reflect todays society, ensuring that everyone is held to the highest standard.  In the meantime, look for professional advice on the best way to give and think carefully about how you give.  Until our charitable giving legislation catches up, trust is the only factor that we can rely on to ensure our gifts go where intended and we’re able to leave a lasting legacy.
And, in the meantime, hug your loved ones, and please take the time to thank our police, fire, and ambulance workers who saved so many lives by being vigilant and cautious on that terrible night.